Development from the first draughts programs to online gaming. 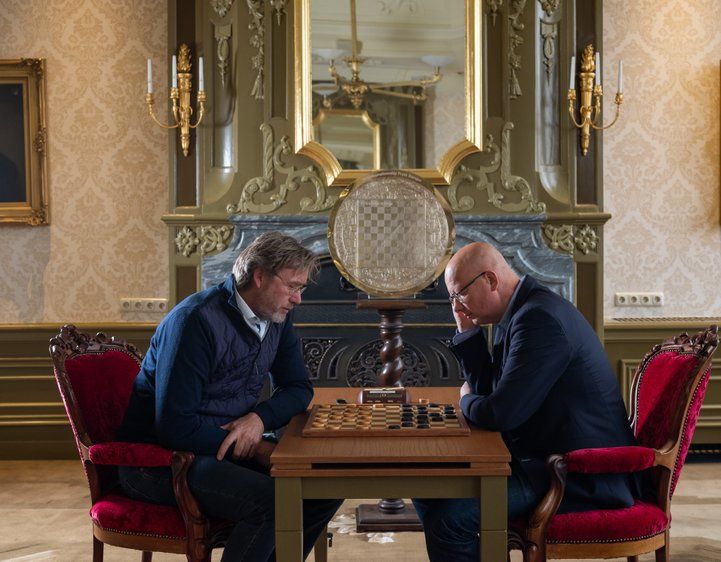 Our mission at WDF team is to share and encourage the skills required for the authentic game of Frisian Draughts. Chess grandmasters and keen mind sporters worldwide- young and old- are discovering the brilliance of this game, and with the support of WDF team- its vast archive, pool of contacts, resources and learning toolsthis is the optimal moment for you to stretch your mind and join the international community interested in this exceptionally beautiful game.

In the early days of computer science - at the end of the 1940’s, the American pioneer in the field of artificial intelligence Arthur Lee Samuel developed the first ever checkers computer program on IBM’s first commercial computer. He coined the phrase 'machine learning' in 1959, and his influencial articles catapulted nonnumerical programming into the popular arena. His seminal research and sensational software programming skills (implementation and development of 'rote learning' and what is now called 'alpha-beta pruning'), carried on past his 88th birthday.

During Samuel’s lifetime Frisian draughts was only played at pubs, at home and every week or so in around thirty clubs all over the province of Fryslân (Friesland, north NL). No one was aware of the possibilities and influence of computers on their local game. Once computers entered homes worldwide in the 1980’s, several draughts programs appeared, and since the launch of new platforms like Android and IOS, draughts Apps started being used for online gaming.

The new platform www.lidraughts.org is outstanding for draughts players all around the world to increase their skills, develop new tactics and strategies, play against whomever they want and to join online tournaments. Check it out, you will be surprised and astonished.

Discover Frisian draughts, the QUEEN of all draughts games.